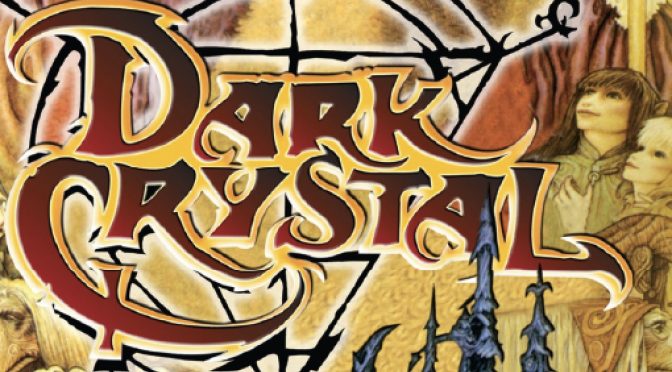 Anyone with an online subscription to a streaming service will ultimately run into the problem of deciding what to watch — there’s so much content out there.

Usually, this would not be a problem for me because it is fairly easy to pick something based on mood. However, the sheer volume of new releases that pop up on your homepage will often leave you feeling overwhelmed, and slightly annoyed if they are the furthest thing from your interests. But sometimes, something magical comes along; something that piques your interest and makes you pause the screen and say, “What, really?” For me, that moment happened recently when I saw a tiny teaser on Netflix for The Dark Crystal: Age of Resistance.

Now, anybody who has grown up watching Sesame Street, The Muppet Show or Fraggle Rock will tell how much they love Jim Henson’s creations. Even if they aren’t, the name is sure to ring a bell, and they will surely be able to name a few of his productions. However, I am incredibly apprehensive about watching anything that has been produced or based on something that I’ve watched as a child. This is especially true if the beloved visionary behind the creation has passed away. And here was Netflix, producing a 10-episode television series that would act as the prequel to Henson’s 1982 movie The Dark Crystal. You can only imagine the avalanche of emotions that hit me when I finally got around to viewing the trailer.

I am a devoted fan of Henson — his movies, his TV shows and his puppets. Ask me about puppetry wizards and I will tell you all I know about Henson and Frank Oz.

Is it possible then, to capture the magic of a childhood movie in another production after decades? Is it possible to expand on a lovingly crafted world without losing sight of what its creator was hoping to portray? Is it possible to tell a fresh and engaging story, while still being able to link it to an old tale?

Well, I had all my queries were addressed after I had watched the trailer. As it turned out, it is not impossible if you do it with enough love.

A few moments into the first episode, and I felt all of my fears over the new series not being as good as the original drift away. And by the end of it, I was hooked. There was a familiarity there that felt like coming home, but also an added richness that left you wanting more. I learned that the familiarity was mainly due to the fact that The Jim Henson Company had specifically brought in Brian Froud, who was the conceptual designer on the original film, to design and expand on the mythology of Henson’s world.

But best of all, the new series did exactly what the original had done when I first watched it as a child all those years ago — I didn’t see the characters as puppets; I saw them as living, breathing beings in a fantastical land. I grew fond of them and often had to remind myself that there was a talented team who were responsible for bringing these puppets to life. In an age when so many movies rely on CGI, it was refreshing to see what many consider to be a slowly dying art take centrestage again.

If it was left to Rohma, then Jim Henson’s The Dark Crystal and Labyrinth would be categorised as compulsive viewing