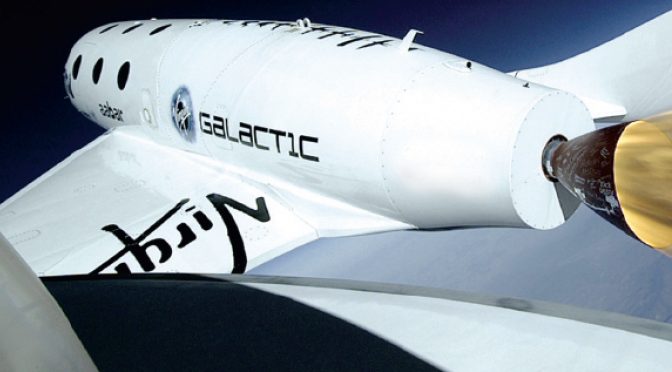 What’s a light-year? The same as a regular year, but with fewer calories. Just an example there of the mind-numbing ramblings with which we have had to amuse ourselves, seemingly for decades, while twiddling our thumbs waiting for the world’s first spaceport to open for business. How and why is commercial space travel taking so long?

Let’s backtrack a little, shall we? The recent interstellar coverage of Emirati astronaut Hazzaa AlMansoori’s epic journey revived a burning childhood curiosity: Are we, humble tourists, ever going to space en masse? Since Neil Armstrong first set foot on the moon half-a-century ago, speculation has been rife about ‘when’ not ‘if’ we will be embarking on our own galaxy quests. TV shows over the years such as the various Star Trek series and Stargate SG-1, not to mention the criminally overlooked Space Precinct, only fuelled imaginations, yet the closest we came to extra-terrestrial excursions was an opportunity to hitch a ride on a Russian rocket for an exorbitant fee at the turn of the millennium (a chance American engineer Dennis Tito embraced in 2001 for the princely sum of $20 million). Then in 2004, much like the evolutionary sequence in 2001: A Space Odyssey, we made ‘a giant leap’. Sir Richard Branson, he of Virgin Cola fame (among other endeavours), announced his latest venture — to build and run a fleet of spaceships carrying guests into orbit for a fraction of the cost.

“Huzzah,” exclaimed astro-enthusiasts who are fond of an anachronistic phrase or two. Nevertheless, here we are, 15 years later and the flourishing industry envisaged way back when ‘I Phone’ was merely a verb and Janet Jackson’s Super Bowl halftime show incident was what constituted a scandal still appears many parsecs in the distance.

Is it though? What’s going on? In a nutshell (or should that be tin capsule?) — blasting a busload of sightseers out of the troposphere is difficult. It involves testing and certifications that don’t even exist. They’re making it up as they go along. Plus, the accounts, barring a few early ticket sales, only show money going out on research and development. Continual investment with no immediate return can be arduous to acquire. However, here comes the good news. This week, according to CNBC, aircraft manufacturer Boeing has bought a $20 million stake in Virgin Galactic. Further encouragement came from the report with the fact Branson’s lot have flown people to space twice aboard their SpaceShipTwo suborbital space plane, VSS Unity, in December 2018 and February this year; plus the company is in “the final stretch” of testing, says Virgin Galactic CEO George Thomas Whitesides and he “still feels good about going into operation next year.” We’ve heard similar promising noises before, but such high profile bankrolling does raise the spirits for a 2020 lift-off. What do you think? Are we on a course to go ‘where no one has gone before’? Will you be first aboard? Please just promise us one thing — carefully scrutinise your data roaming plan before the launch, commander, and only then don’t forget to phone home.

David Light is an avid traveller. Give him half a chance and he’s off exploring