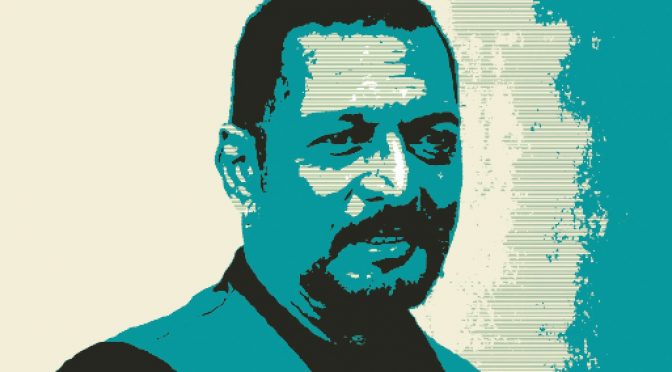 When my phone rang one morning, I was pleasantly surprised to see Nana Patekar’s name flashing on the screen. I didn’t want to miss a chance to speak to this activist and undisputed Bollywood acting  powerhouse.

Such is his impact on my cinematic choices that when he said, Mi Nana Patekar boltoy (Patekar speaking in Marathi),  I imagined it was either his character Sadhu Agashe of Ab Tak Chappan (2004), Uday Shetty of  Welcome (2007), or Ganpatrao Ramchandra Belwalkar from Natsamrat (2016), that I was talking to over the phone.

Patekar has had his stint in acting playing versatile characters and seamlessly getting into the skin of his characters.

I have always admired Patekar’s work, however, his current crusade to help Indian farmers and their families is what I wanted to talk to him about.

What made him reach out to this most neglected segment of society? Was it the Marathi Manoos  (son of the soil) that came to the rescue of the Maharashtrian farmers? Or was it his genuine concern over drought and farmers’ suicide? “

For me, it is more about helping humanity which is in distress and this is irrespective of anyone’s religion. When I witness people expressing their problems and breaking down, the first thought that runs through my mind is ‘what is it that I can do to help that farmer or his family?” the  veteran actor said.

The actor has now vowed to bring smiles to the faces of farmers in Maharashtra through the Naam Foundation, which is currently in the midst of planning housing facilities and a school for families affected by the recent floods in Shirol, near Sangli in Maharashtra, where the government has allotted land for affected farmers.

Patekar acknowledges that the state government has been extremely supportive of his crusade. “In my walk of life, I will strive to help as much as I can to understand the farmers and their plight and will work towards easing their life. There is no point in cribbing as to what can be done and what should be done instead of empathising and offering them the required help needed to live with self-respect and dignity. This is something that I delight in and is soul-satisfying,” the Padma Shri award recipient said.

Patekar adds that his son, Malhar, is also actively involved in his foundation and its projects. The actor leads a busy life and keeps shuttling between Mumbai, Pune and Goa for work. He is currently working on two web series and also gearing up for a movie. Besides acting, Nana also shared his love for cooking. The actor takes pride in his culinary skills: “I am a better cook than an actor,” he quipped.