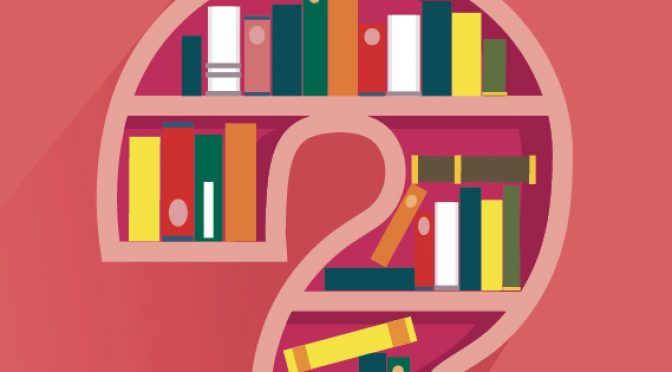 There comes a time in every bookworm’s life when they have to face some hard facts. They’ve just run out of space on their bookshelves to even fit a weekly magazine, and it’s either time to either clear out some tomes or apply the brakes on any upcoming purchases. Now, if any of you are like me, you’d find it hard to say goodbye to your beloved novels. So, the first option was surely out of the question. The second one sounded more reasonable and lesser of two evils; after all, there are other ways of procuring books without buying them – you can borrow them from fellow bookworms and also swap them.

However, any well-made plan will come to a screeching halt when confronted with a certain reality and a promise; the reality being that there was a book fair around the corner, and the promise of books at ridiculously marked down prices. Now, I found myself in just such a situation during the recent Big Bad Wolf Book Sale. Space to be found on the bookshelf, there was not, yet missing the world’s biggest travelling book sale was out of the question!

If the situation wasn’t complicated enough already, I also realised that the heavy workload in office would mean that my brother and I would only have a measly few hours over the weekend to browse through an entire warehouse filled with books.

“Okay, so this is what we are going to do; we wake up extra early, go to the book sale, grab the books that we need in two hours, and then go pick mom up from the airport,” I told my brother the night before our visit, while I tried in vain to make space on my bookshelf. I could have sworn that he let out a long-suffering sigh and rolled his eyes behind my back. The next day saw everything go according to plan…up until we arrived at the venue.

“Oh boy, good luck browsing through all of this in two hours,” my brother said as we saw the place buzzing with activity. Undeterred, we split up and agreed to meet at the cashiers when we were done. Needless to say, the two hours went by in a flash and we found ourselves racing for the airport with the backseat of the car piled high with books. It was only after we arrived home with mom, that I finally had to face the reality that I had willfully turned a blind eye to – I had a huge pile of books and no shelf space.

Well, no problem, I would make some (space), I told myself. The first ones to find a home were my coffee table books, which took the place of a small reading lamp on the bottom shelf (the lamp ended up on the floor). Next were my novels that ended up nestled between the collectible action figures and lightsabers on the shelf above my bed. A small plushie was moved to the bedside table, and its place was taken by three more books. A stationary holder was moved to make way for two paperbacks, and finally, an ancient dictionary was moved to a new spot beside the lamp on the floor and its place taken by three fantasy novels that promised adventures. After I was done, I thought I deserved a medal for accomplishing the task… even if I didn’t have the space to display it on my shelf.

Rohma is the type of person that you can count on to buy her weight in new books if given the chance.