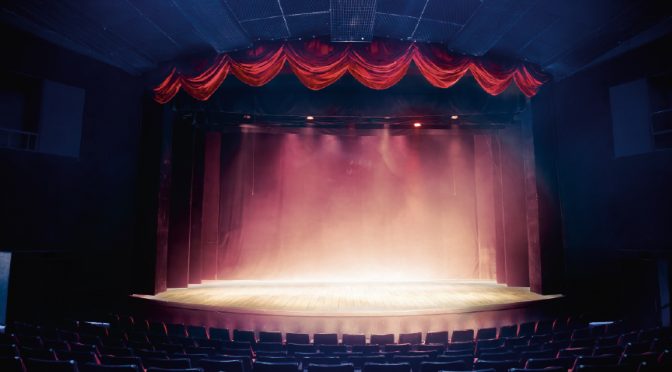 The word theatre comes from the Greeks. It means the seeing place. It is the place people come to see the truth about life and the social situation,” said American theatre artist Stella Adler, who founded the Stella Adler Studio of Acting in New York City in 1949.

She believed that acting was a lifestyle. An actor had to delve into nuances of everydayness and nurture imagination with immense discipline to become an exceptional talent.

Are there such talents in Dubai who practise that art form? Apparently, this country is filled with theatre enthusiasts eager to learn, perform and express their mettle.

“When I came to Dubai, it was different. Now, we have a thriving scene. Many expats who were into theatre back home are eager to participate in local productions.

“However, one thing I’ve noticed is that most of them want to be on stage. But there are tonnes of things to do backstage like logistics, art direction, casting manager, light and sound design, all of which require assistance,” added Rashmi.

Can theatre be made into a full-time career? “In a couple of years, I hope it will be. As of now, most people do theatre out of sheer passion,” she added.

Echoing her thoughts was Farzana Palathingal, a versatile actress and a well-known face among theatre-enthusiasts in the UAE.

“If you’re willing to shed your ‘skins’ on stage, you should look out for auditions. You will usually find casting calls put up on their respective Facebook pages. Audition processes are very easy.

“When I moved back to Dubai, I saw a casting call online for a play and I just decided to give it a go. I walked in, did a 2-minute monologue and got cast! From then on, there was no looking back for me,” said Farzana, who did her schooling in the UAE and attended university in India.

“I try to explore layers of emotions and characters, but I have to be careful about not being typecast,” she quickly added.

Another Dubai resident, a sales engineer working in Jebel Ali and hailing from Annoor, a village in India known for its theatre artistes, said that he used to feel suffocated in the initial days when he couldn’t be part of theatre. “After a while, once my feet was firm, I started doing productions. I have a long background in theatre. Villagers in Annoor used mythical characters to represent social issues during the British rule and fought against colonialism. Even today, every house has at least one theatre artiste, if not more. The culture is deep-rooted in my blood,” said Ajay Annoor, a theatre director and founder of Al Quoz Theatre Club.

The club had recently performed a play titled The Bet, which featured a cast comprised of workers. “I trained the actors and received applause for that production. Currently, I am training and rehearsing for a women-only production,” said Annoor.

Networking is the way to get in touch with the theatre scene here, says Rashmi. “Watch plays, give reviews, and be consistent. There are a lot of competitions held here for theatre. Passionate volunteers are always in demand,” she said.

And, what are the audience looking for? “I think they’re open to anything. It’s important to respect that they are putting in their time and money to see what you’re putting up. If you give them a good time — be it with comedy, drama or an immersive experience — your job is done,” said Farzana.

While one can see a lot of international productions happening at high-profile locations across the UAE, it is refreshing to see emerging local talents on stage. The atmosphere is great and there are plenty of plays happening throughout the year. I guess it’s time to switch off Netflix and get real. Who knows – the girl who acted as the lame boy in The Pied Piper of Hamelin, in Grade 5, and retired immediately after the play might be having another moment of metamorphosis waiting out there.

Sami is a dreamer by profession, environmentalist by nature. Her introvert character is a direct reflection of her humour and intelligence.