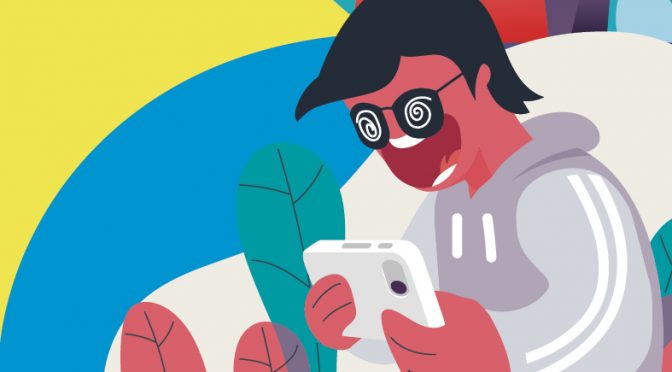 The horrifying reports on children of relatively privileged backgrounds engaging in self-inflicted choking gambles as a sort of a game defies logic. But that said, if one traces the genesis of such masochistic activity, it leads to a single word — boredom. Youngsters today have very little staying power and the excitement over a new ‘toy’ is fleeting.

Between the precocity fuelled by high-tech gadgetry and the heightened sense of entitlement that marks today’s young school-goers, what has been lost is the powerful innocence of childhood.

A couple of generations ago, children were unfamiliar with the word ‘boredom’. With a paper kite, some strings, a few marbles, a matchbox and a minimum of toys by their side, they were armed with the grandeur and joy of imagination. A skipping rope and a hula hoop were fun stuff. There was no time or space or acceptance in parents of being bored or jaded and great flights of fancy were conjured from pieces of paper, twigs, a used tennis ball and a couple of bricks as stand-in goalposts.

It seems the more high-tech entertainment and distraction thrown at them now, the sooner are they tired of the innovation and demand a greater thrill, even if it means harming themselves.

Parents, in their ignorance, are also touched by fear of the new progeny anger and rage, and so their inability to understand what is going on in a world where disobedience is seen as a character trait. Children also demand status symbols and a denial of these is fraught with danger.

Children live in the land of electronic make-believe and, therefore, confuse reality with fiction. Having seen thousands of simulated deaths and acts of violence as part of video games, their concept of injury and death and the bloodspill is a plastic version, in which there is always a comeback. You switch off the machine and restart. In life, there is no replay button, only they don’t realise this.

So when these kids turn into mush as roadkill by driving too fast, take on nature in all her might because they think they are forever or ‘chance it’ by taking on dares under the pressure of their peers, they are programmed by the exposure to the simulated mirror life to believe nothing can happen to them, that they are indestructible.

In a country like the UAE, where the police and other authorities bend backwards to educate adults and children on safety in all its forms, it is doubly absurd that the negative influence of audio-visual onslaughts, unsupervised access to a multitude of screens and channels and online activities of a dubious nature should come out a winner even occasionally.

One can only ask the rather unpleasant question — what are the parents doing? Have they found surrogate support in letting their children run freely in the artificial world because it relieves them of their responsibilities? Robolox was a game where adults could play with children and prey on them. Then came Cayla dolls with hidden microphones in them. Remember the hoo ha over X, a Snapshot sport where you could insult people and body shame them, the start of the cyber-bullying era.

Some years ago, there was a report of young children playing a ‘Dodge the car’ game in an underground parking lot. There was a consolidated crackdown and overnight an awareness alert issued to all parents and families. Even then, when the impact of information ad infinitum was nascent and the trend of hurting oneself was mainfesting itself, adults, including parents and teachers, failed to recognise the inherent danger.

Over the years, the threat kept rising what with Blue Whale advocating cutting yourself with razors, and killer selfies and the tacit encouragement from manufacturers of these apps for profit.

We now have TikTok warning against the chokehold, but don’t they see the inherent danger when they go public?

But whatever is out there, it has to be handled by family and the one way to do that — in fact, the only way to do that — is for family to bring it into the open and share the issues in all their lack of glory.