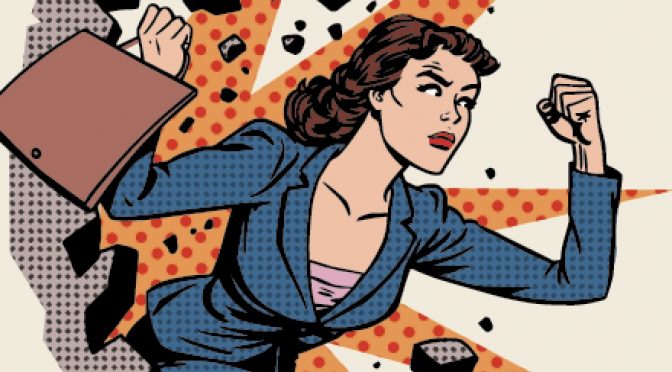 Critical thinking, problem-solving, flexibility and adaptability are some of the most sought-after skills in the current job market. That’s when I felt early marriage has a great deal to contribute to these soft skills… Sounds weird? Let me explain.

If you are from the Indian subcontinent, you are sure to have a grandmother who perhaps got married at 12 or 14 and had a gracious 68 years of active family life — taking care of a joint family household, comprising at least 30 members, coordinating meals, clothing, shelter logistics and finding solutions for every day living, thereby also leading by example. Millennials would hardly be up to such challenges, some of them can’t even maintain a start-up of six people.

My thoughts ponder over five women who used their early marriage experiences to set things right in the corporate world.

Woman One got married when she was studying in Grade 8 in a Sharjah school, following the traditions of her homeland. Her peers were jealous that she had a ‘legal’ boyfriend, approved by her parents. She was even allowed to study (after marriage), but by the time she finished Grade 12, she was divorced. She went on to become a doctor, took over the family business and helped her parents become giants  in the crude oil industry. A soft-spoken woman, she is in charge of 500 staff members who adore her for her leadership.

Woman Two, who did her schooling in Abu Dhabi, was married when she was 15 because her parents wanted to give away their daughter to gain business partners. She had a turbulent few years after tying the knot during which time she tried to adapt and be flexible to the whims of life, but that didn’t help, so she decided to go run into the dark with her child. She struggled initially, but now she’s in a decision-making capacity in an American multi-national company. Thanks to her years of suffering, she is empathetic towards the employees and is keen on helping them solve issues, even on personal matters.

Woman Three is my classmate. I still remember the day when her mother spoke to my mum and how I was barred from talking to her after that. She was supposed to get married after Grade 8. The parents were doing it in ‘secret’ as it was against the law. I found her on Facebook recently, and after exchanging a few notes, she told me how important it was for her to get her 13-year-old daughter  married as early as possible. She spoke about how lucky she was to have married early and how her life has been tension-free since then. She spoke passionately about keeping herself busy and finding new hobbies to indulge in while also helping her husband with the daily chores. She was glad that she didn’t have to go through institutionalised education.

I don’t know where Woman Four is today. Her parents had stopped her education when she was just in Grade 6. A family friend, whenever I visited her house, she would ask me about school and her friends. Years later, she completed her education through distance learning and was looking for a job. She turned out to be a busy professional,  and is perhaps travelling all over the world today.

What all these women have in common was their down-to-earth attitude. They are not uppity, even though they hold C-level positions. They hardly ever feel insecure as their deep-rooted confidence cannot be shaken easily.

As for Woman Five, her story is so long that she had to write this piece to make her point. Her intrinsic smile is just the beginning of an answer.

Sami is a dreamer by profession and environmentalist by nature. Her introvert character is a direct reflection of her humour and intelligence