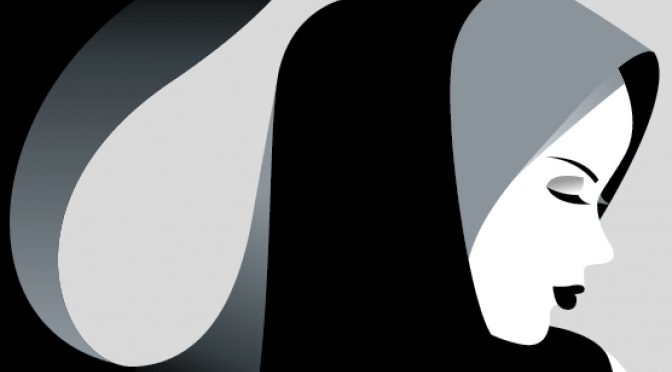 There are deaths that haunt you and the memories linger for unknown reasons. Fathima Latheef is one name I cannot take off my mind.

Even my name is a problem here, Fathima had told her father about the IIT Madras campus where she had joined after securing the first rank in the entrance exam.

Many people fail to understand how a name could cause a hassle; I find it highly relatable. I remember the time I first changed my byline to Sami — I didn’t want people to know my nationality, gender or anything else. And it worked well; people judged me for my work rather than the identity revealed by my name.

In Fathima’s case, she was scared to wear a hijab because she was worried she would be stereotyped. That’s what her mum explained. I couldn’t stop empathising with her. All those moments when I’ve been denied jobs because editors said that a hijab was a hindrance when approaching people, flashed within me. If such things could happen in Gulf countries, then it wouldn’t be unusual for a country like India, which is slowly progressing towards right-wing ideologies.

Luckily, I’ve never studied in India. However, the first time I removed my hijab was when I had to move in to my hubby’s campus.

“Are you gonna come here wearing a scarf?” he had asked. I was always a hijabi and I enjoyed wearing it because it gleefully covered my double chin and my short neck and made me feel more confident. “Well, that’s my usual, na. You know my mood swings. My wearing a hijab is highly proportional to my clean laundry,” I responded to his unusual question.

“Nobody wears it here in college and it will look odd if you…!”

I could sense fear and confusion in his voice — of his friends stereotyping him as a ‘Muslim patriarchic alpha male’ if I walked into his college as a hijabi. However, my way of dealing with ‘hijabophobia’ was to wear it and then wear it over and over again. Discussions on such issues were battles that I had long said goodbye to. At that time, I  had convinced myself that the campus was my hubby’s space and I shouldn’t search for my identity there. All I wanted was to help him complete his course. Like many UAE-bred Indians, I knew nothing about the grassroots politics of the country nor was I  interested. I just wanted to get things done!

Now, with all the Islamophobia going on in Indian campuses, I wonder if I would have worn a hijab if I was a student there? No, surely not. Students and faculties had already been poking fun and frowning at me for not drinking and smoking up with them. I was not a team player, they said. Little did they know that the mighty filmmakers they adored were people I regularly dealt with for work. The late Abbas Kiarostami, Alexander Sokurov, Nuri Bilge Ceylan, Roberto Di Niro or Elia Suleiman — I knew them all at an arm’s distance. They were masters in their craft and my job then was to be with them. It’s the perks of being an arts and culture journalist.

Things didn’t go ahead as I thought. After completing the course and moving to Dubai, a frenemy — that’s how I like to call it in this context — of 10 years called me up a day before my job interview. “You would be a better prospect if you come here not wearing a hijab. You know how judgemental people can be,” he said as if trying to help.

My mum had just been diagnosed with cancer a week before and the job was very important to me. So hijab got stuck in the closet yet again and going to work without it became the new norm. Am I enjoying it? No. I’ve told hubby that the day we walk on the red carpet (you better make it happen soon, hubby) will be the day I wear it again. I want my hijab to make a huge comeback.

I firmly believe Fathima’s mother told the media that her daughter was reluctant to wear a hijab. I wish I could translate the stress aura into words, but my feeble vocabulary fails me, just like it had failed her when she bowed to life! Who will be the next victim of stress-lynching? I was in touch with a Kashmiri student in Fathima’s campus who told me what was happening in India currently. “I love volunteering and helping people. I was very involved with relief activities  at the IIT Madras during the Kedarnath floods.  So, when Kashmir floods happened, I tried to collect funds for my hometown. But I had to back out when right-wing supporters began campaigning against me saying that the funds might be used for radical activities. I was completely shocked by such slogans.

“Luckily, I had some solid friends who stood by me through those times. I will soon finish my graduation and I am waiting to move out,” he added.

Yeah, it’s just not Islamophobia, it’s the rightwing against minorities. It’s accusing youngsters of things they didn’t do. It’s telling them that their lives are not worthy. It’s about questioning their motive and self-esteem.

Shame on us educated Indians, who strangle youngsters just because of their name, caste or creed!

Sami is a hopeless romantic, a dreamer and an environmentalist. Her happiness comes from pondering over nuances of every day beingness