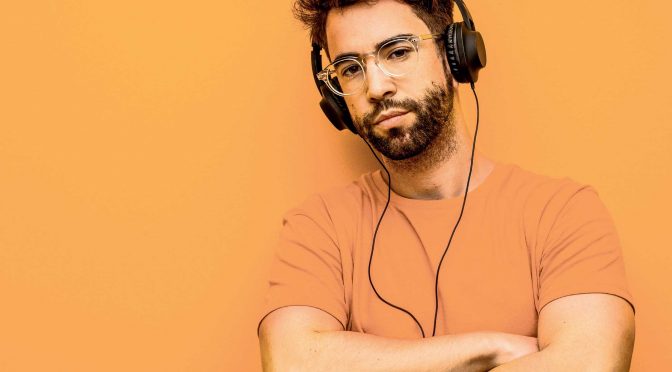 Allow me to present an alternate universe to the gentleman’s piece above. And when I say ‘alternate universe’, I mean reality — one that would make you feel better for either him or I, depending where your view is from.

I am a notorious night person; ask anyone who knows me pretty well and they’ll tell you I do my work — or, at least, a good bulk of it — after work hours. A colleague even asked me once upon a time if I ever slept; I neither denied nor confirmed his allegation. And since I put in some work in those hours, I plop myself in our little reception area, because doing so in bed may tempt me to doze off (that is not a confirmation of me sleeping at all).

The silence in our flat and its surrounding area is so deafening during sleeping hours the you-can-hear-a-needle-drop idiom could be applicable. So imagine if someone practically yelling at a phone or having a ‘fun’ time conversing with others is thrown into that scenario.

The ruckus they make is so loud not even my best noise-cancelling headphones can muff the noise out at an acceptable level — it’s that bad.

So what do you do in such situations? Well, there’s nothing much you can do, honestly; some people feel too privileged that they think — no, they believe — that it’s okay for them to do whatever the hell they want, to hell with whatever the consequences are for those they’re annoying.

Confront them and they’ll react in such a way as if you’re questioning their existence. Almost every time I am tempted to do so, but I (fortunately?) decide to let them be because, as they say, deal with a fool and you’ll look more foolish.

And by the way, if ever your come to my place, don’t even bother ringing the bell; I was forced to deactivate it because there were certain scumbags who would press it — repeatedly — even at the ungodliest of hours. Just either knock on the door (gently, please) or give me a call on my phone.

Yes, I have that type of neighbours; one time I waited for them to ring the bell and after they did so I opened the door, only to see them scamper away into their own pads like sissies.

But wow… bullies and sissies sound great in the same sentence, right?

I witnessed just the sort between some of my neighbours back then: One of them was on the phone speaking loudly in the hallway, the other asking — in a rather gentle way — to tone it down a bit because they were trying to get some rest. It got a bit heated, with the former saying he was in ‘public space’ anyway so it was fine.

To paraphrase what the latter had shot back with, “so why should we suffer for all your noise-making? Why can’t you shout at your phone in your flat?”

Too bad the lift ding-donged at that moment and I had to get on it, so I wasn’t able to find out how they ‘patched up’. It’s an all-too-familiar ending for me; everything that ‘happens’ between my annoying neighbours and I end up that way — unresolved.

Alvin’s neighbours made great test subjects for his reviews of noise-cancelling headphones. Thanks for the help, your rudenesses