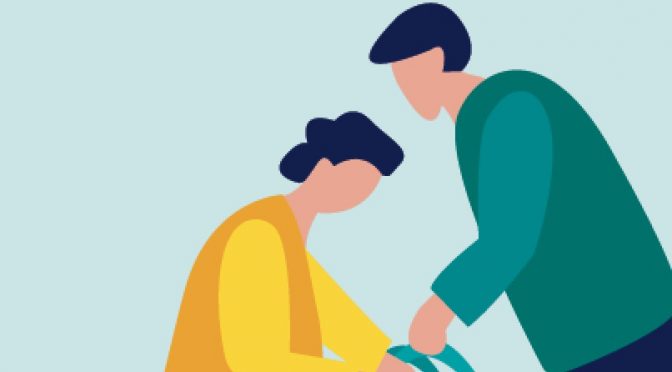 You know what really makes my day? Witnessing someone do a good deed.

And, I am not talking about a big, grand gesture. Some of the best things can be small, subtle, and made with absolutely no intention of receiving any recognition. Now, don’t get me wrong, I am a huge fan of the videos that are currently circulating on social media, showing groups of people working together for a good cause. You know the type that I am talking about — neighbourhood communities coming together to help raise funds for an after-school club; awareness campaigns about littering and recycling; cops and firefighters banding together to grant the wish of a small child; volunteers working day and night to ensure that pets abandoned in shelters get a second chance in life.

All of these are wonderful acts, but there is something absolutely special about witnessing someone pull a tiny good deed out of their pocket. Everything is explained better with examples, and I am privileged to have witnessed quite a few of these everyday angels in action. There was the guy walking ahead of me on the crowded sidewalk, who reached into his pocket as we approached the entrance of an ‘everything Dh10 and Dh20’ shop. Why he was doing that became clear once we walked past the colourful mechanical rides that are positioned at the entrance. In a blink-and-you-might-miss-it move, he had dropped a coin into the slot of the machine, before continuing on his merry way. I still remember the shriek of delight that the tiny tot in the red car made, when the machine beneath him suddenly whirled to life. I never did catch a glimpse of that man’s face, but I am certain that he was grinning.

Then there was this lady in a parking lot, who had just finished with her shopping. After loading up her groceries in the boot of the car, I noticed that she fished a small bag out of her purchases and handed it to her daughter before pointing in the direction of two car cleaners who were standing at their station. The little girl walked over to the two attendants and handed each of them a bottle of chilled juice. The ease with which both mother and daughter carried out the act made me suspect that this wasn’t the first time that they had done so. It was quite a warm day so I can definitely say that both the juice and the gesture were much appreciated.

Yet another everyday angel (can we make this an everyday word?) made his presence known on the metro during rush hour. Anyone who has taken the metro at the end of a work cycle will know the split second of anxiety that comes when the doors of the train open, and a mass of humans pour into the cabin. This is especially true if you are standing right next to the door. A lady was sitting in the seat closest to the doors, and I could see her apprehension rising as the cabin slowly filled up. The reason for this was the sleeping child in her arms. Every time the train doors opened, she seemed to curl in on herself and cradle the child closer. Finally, a well-dressed gentleman stepped in the space between her and the doors, and for the remainder of my ride, I saw him stand firm and shield her from any commuters that might accidentally jostle her sleeping son. Looking back at instances such as these, I am struck by just how much of an impact they have had on me; and if I now carry a little loose change in my pocket hoping to run into a kid on a stationary mechanical ride in front of a store, well…

Rohma likes kittens, puppies, and plushies of anything that is cute and huggable