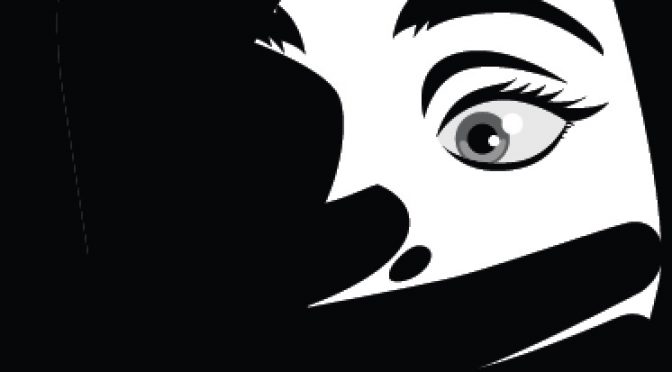 When I think back, growing up in the 1970s was like serving many years of hard labour. In an impoverished hamlet of India, where life and existence solely depended on the elements, even kids from middle-class families like mine were not spared of hardship. When short on cash, my mother would pluck coconuts, load a sack full of them on my head and would order, “Go, sell it at any tea shop and bring the cash.” She would set the minimum retail price before pushing me into the wilderness of the beach and I would knock on the back door of every shop to get the right price. I would avoid the front doors to escape dawdling fishermen who would scandalise me for peddling coconuts.

There was no electricity or water pump in those days. In the summer, it was a routine to irrigate palm trees and other vegetation with water drawn manually from a pond. My sisters and I woke up at 4am to irrigate half of our land before going to school and took care of the other half in the afternoon. In paddy fields, we worked alongside other labour hands, helping them with everything from planting to spraying pesticide to harvesting. We pulled cart full of grains to flour mills kilometres away. We grazed half-a-dozen cows and goats and cut grass for them. Mom taught us to make mats and baskets from coconut fronts. In the kitchen, I helped her with making tea, grating coconut and frying masala. She showed me how small and big vegetable pieces should be for various curries like sambar and aviyal. Not to forget common house chores like scrubbing and cleaning.

Despite being the only son, I wasn’t groomed to be a torch bearer of patriarchy. I wasn’t brought up like a monk either. We all had fair amount of fun and frolic. There was a code of conduct in place though we were allowed to socialise with girls. We followed the dos and don’ts and respected curfews. Ogling was a definite no-no. It was a supervised democracy under which I was combat-ready by my salad days to take on life and the job of a husband at the age of 22. Life never gave us a chance to be misogynists.

I was reminded of my growing-up years as I counted the number of women or minor girls raped in a tumultuous week in India. The figure was six, including a 26-year-old doctor who was raped and burned to death in Shamshabad, Telangana, by four men on the night of November 27.

Ever since the Nirbhaya case of 2012, I had written several articles about the genesis of India’s rape terrorism. A slew of reason ranging from poverty, illiteracy, lack of sexual awareness, a creaking criminal justice system to a patriarchal mindset, contribute to making India the world’s most dangerous country for women. Nothing has changed ever since Manorama, my childhood friend, was raped in the 1970s. Nothing has changed since Nirbhaya happened seven years ago. Nothing will ever change in a system riven with brute male dominance.

We Indians in the newsroom have been distraught for a week, so I asked one of my woman colleagues what could be done about it. “Nothing, sir” was her answer. We zeroed down on two solutions: Education and instant justice. She argued that there’s a beast inside every human being. Right upbringing, awareness, fear of the legal system and societal obligations provide us with a switch to mute our inborn predatory behaviour. Some are born with the switch; some aren’t, so awareness alone will not help.

So we are just left with the legal option. “Instant justice,” my colleague insisted. We have tried out all our punishment options, including execution for rape of minors. As a journalist I have always advocated against the an-eye-for-an-eye punishment system. Looks like, regrettably, we are left with no other means. Instant justice doesn’t mean what a crowd of 200 armed women delivered in 2005 when they descended on the Nagpur district court and lynched a rapist in 15 minutes. Instant justice is also not what the Hyderabad police delivered in the wee hours of December 6, when they shot dead the four Shamshabad rapists in an alleged encounter. Such encounters will only encourage citizens to take the law into their hands. Death convictions delivered through fast-track courts is the only way forward.

Parallelly, let’s give awareness one last chance. The Indian education system needs a complete overhaul to tackle rape terrorism. We need a syllabus that denounces patriarchy and misogyny from nursery classes. Parents and teachers should read out stories that promote values of equality and camaraderie between boys and girls. Let’s have tales of once-upon-a-time kings and princes who respected their partners, not who waged wars. Such a syllabus must inculcate the foremost lesson that men have no moral, natural or legal entitlement on women’s bodies. Instead of devotional prayers, let them chant in school assemblies that “No Means No”.

The syllabus for higher classes must impugn domestic violence and instill among boys and girls the need for harmonious living. Boys should be trained in house chores from primary classes to build values of gender equality. It will help boys not only to break the stigmas they face when doing these activities but also to wipe out the notion that women are born only to scrub, bake and sweep.

A Spanish school in the town of Vigo has introduced “home economics” among other subjects to teach children sewing, ironing, cooking, cleaning, bed making, and washing clothes. Home economics classes are taught voluntarily by teachers and also some of the parents.

My syllabus also proposes to teach girls not to expect men to say, “Ladies first.” Let’s be equal in every sense.

Suresh is yet to recover from the hangover of his debut book, Write Feelings