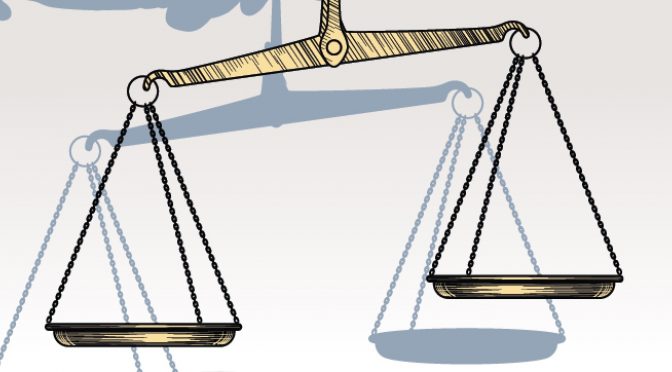 I read a very unusual article the other day — all about women and how they surrender their space and become secondary. It is such a fascinating read. With a wife, two daughters and three granddaughters I am arbitrarily employing this measure to see if they are also victims of this syndrome. They are so smart and yet, have they also been conditioned by hundreds of years of male training that in their subconscious mind they don’t realise they are rendering space to Caesar.

If you are a female reader, go through this piece and see if you agree. I am not endorsing it; I am saying is it possible. And if you are a male, do you think we have been largely responsible for this situation?

Scientists have worked out that one of the reasons why women lose ground in an official environment is because of a word that they use. A simple word. One would think that the word is sorry or something rude or aggressive, one of popular swear words It is none of these.

It is a simple word. Just.

A four-letter word that makes them lose control or come in second. If you are a woman it so happens that by using the word ‘just’ into two of every five sentences you give yourself away. Just coming. Just answering the e-mail. Just looking into the file. Just about to do this. It is apologetic. Yes, very much so. Just a minute, don’t men say it. Herein lies the irony. They do, but it does not carry the same sense of surrender.

I was in a VVIP office one morning and the executive assistant used the word ‘just’ nine times in that many minutes.

To me: Just one sugar.

To the office assistant: Just bring some biscuits.

To the accounts guy: Just be on time.

To the senior VP: He just came in.

To the boss again: I will just call him.

Also, it is some sort of a refuge to cover up one’s lack of confidence or nervousness and also a certain kind of element of deceit that comes out, so ask yourself if you are like that. There is a signal out there in that word which sends out a negative message. It is not assertive.

Let’s take an example: You have to send out a mail asking a client to give you an overdue payment. If you write and say, “just hoping that you would send it today or just to remind you that it’s over due you send out a signal to the other side that there is wiggle room”. Now, you send the same letter without the word ‘just’ as a prefix. See the difference. I wish to know if the money is coming today. The courier will be at your office to collect the overdue payment.

Men say just as much but it is not a ‘backing off’. Now maybe it’s because women were always subordinate and multitasking in the past so they were short of time and they began to use the word just to get a breather. Just, just, just.

Men are inclined to use it much less.

You may not agree with me over this research but think about how much a part of your daily language is the word ‘just’. You have no idea how much more successful and more competitive you might be  if you stop using the word ‘just’ so frequently.

This concept was one of the theses in Tara Mohr’s bestseller, Playing Big, which is a great read on how “women can begin to break some of these destructive, often culturally-inherited habits”.

“It’s an unconscious habit many women have: To apologise before asking a question, to apologise because they are standing at the counter in a restaurant or any queue while someone else is waiting for their turn, to apologise in all kinds of situations where an apology is not warranted! We apologise simply for taking up space.”

Women are also self-effacing without it being necessary. “Not that I know much about the subject…” becomes a prefix to giving an opinion.

“Oh, no, not me, I couldn’t…” Lack of confidence exhibited.

“Oh, silly me, how did I even think I would be able to…”(the great self let-down).

Speech patterns and deliberate apology for being add to the negative stereotype.

From a family where I would like to believe the women are equal purely because they are I observe them at various levels to see if they are victims of this huge and historical  conspiracy.

I am not sure I have the evidence. Just yet.