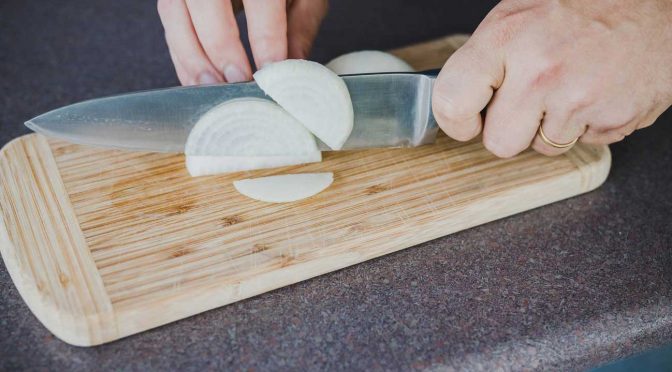 If your wife doesn’t cook for you at home, cook for yourself. You are not in a restaurant, you are in a relationship.” This is one of the menacing quotes I typically receive on WhatsApp. It comes almost every day, as if my wife has complained to a battalion of her female friends, and mine, about her husband’s familial mannerisms and they ganged up to teach me a lesson on her behalf. I didn’t give a damn until my own beloved daughter jumped on the bandwagon.

“What the heck are you doing?” I encountered my daughter on my return from the office on a recent Thursday evening  when she wrenched me to her bedroom and cautioned, “Watch out, dude, all’s not well in the kitchen. It’s not a good sign when your wife becomes politically literate overnight.”

“Hello honey. What’s up? Why are you agitated?” I cranked up my volume to be heard over the mixer-grinder that seemed to squeal its master’s political discontent.

“The Achhe Din (Good days) that Modiji had promised have finally arrived.”

“Dude, petrol is cheaper than the ubiquitous onion. There has never been a vegetable funnier than the lowly onion that can make people laugh even in adversities. It sells at Rs200 a kilo, thanks to a decline in domestic production because of late monsoon and excess rain. The skyrocketing prices of onions have made the Indian government impose a ban on its export.”

Wifey seemed to have done enough homework to write a thesis on the produce whose medical powers had been mentioned in the ancient Ayurveda text Charaka Samhita as old as pre-2nd century.

“I understand the emotional weight that the onions, an indispensable ingredient that can launch a thousand delicacies, carry among the Indian masses,” I empathised with wifey.

“The leaders aren’t aware, honey. How can you expect a celibate PM to know the travails of running a family? Sitharaman is a Brahmin who isn’t allowed to consume onion and garlic, the rajasic  food that is seen to increase passion and ignorance. But how can she continue in power if she doesn’t know the taste of the common masses?”

“True, they better understand the power of the humble bulb which can kick governments out of power,” I said, drawing anecdotes from the year 1980 when the central government was brought down by rising onion prices, and again from 1998 when the Bharatiya Janata Party lost elections in several states.

“I am not sure whether to cry or laugh over the great onion tragedy. I am not cooking today. I’m out of my mind. Let’s go out to eat,” wifey suggested.

“The restaurant in Karama was brimming with diners. The waiter served a small plate of salads for three of us after we placed our orders. Feeling so hungry, we dived into the little pile of greens looking for onions. The salad was over in seconds except for a few rings of made-in-Egypt white onions when the waiter came back and laid his hands on the china.

“Are you guys finished? Can I remove the plate?” he asked just when we were thinking about playing musical chairs to claim the green gold.

“How dare you? Can’t you see the onions?” wifey nearly screamed, ordering another serving of salad which came without the onions.

“Amma, mind your manners. This is a restaurant, not your kitchen,” my daughter reminded her quickly.

“Some onions please,” I said as gently as possible to make the order work. The nonplussed waiter gave me a long stare and disappeared behind the kitchen door, never to come back.

Storming out of the restaurant, wifey said: “Your Sharjah friend’s wife had called in the afternoon. There’s a potluck dinner this weekend and she wanted me to bring, guess what?”

“Three bags of onions. I’m sure she did it on purpose, keeping easy dishes to herself and her friends. That woman has an old score to settle with me. Why does she need three bags? Forget it if she plans to run this month with my onions.”

For the next few days, Twitter in India and other popular video-sharing applications like TikTok were awash with memes over onion prices. One video of a commuter paying the auto fare in large onions and accepting smaller onions as change left me in peals of laughter.

Adding to the onion jokes were a picture of someone exchanging an iPhone for a bunch of onions; a finance company offering easy EMIs to purchase the bulb; and a paying guest sleeping with a bag of onions secured by lock and key. The last meme made perfect sense as thieves hunted for the vegetable like Mackenna’s Gold. The police across India, the second largest producer of onions after China, have registered cases of missing onions, launched probes, arrested people and recovered the bulb.

Two weeks into the onion crisis, and I was already suffering from severe loss of appetite and fatigue. I even started to believe that I’m suffering from bulimia, an eating disorder that haunted Princess Diana in the 1980s.

“Your endoscopy report is absolutely fine, but you need to take care to avoid ulcers,” warned my gastroenterologist, who sought a separate session with my daughter before writing the prescription.

At a drug store run by the same doctor in the same building, the pharmacist took out a tin that looked like a supplement and said: “It’s a natural product not covered by insurance.”

“How much does it cost?”

I wasn’t sure whether to cry or laugh.