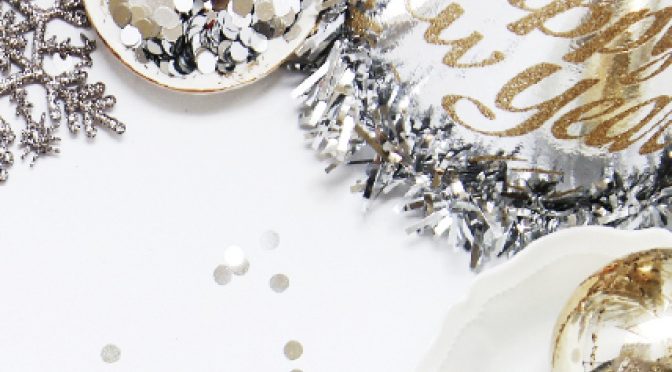 It was 2012 New Year’s Eve. My identity crisis was at its peak. I wanted to go beyond being someone’s daughter or sibling. I made a huge announcement — start from scratch. And did I? Yes, before the end of January, I cancelled my UAE visa and by March, I’d set foot in a strange country to start my dream life. My parents were shocked. No one, not even extended relatives, had ever thought of moving beyond the UAE. This was the land that we had our familial ties with since the ’50s and no one dared to break the cord. I felt empowered with my newfound independence.

By 2013 NYE, I had already built a reputation as a writer and filmmaker. I had just won a UN award and it was time for me to make another resolution. I decided to lose those extra pounds and get in shape. I signed up at a gym and a health centre and in eight months, I’d lost 29kg, woohoo!

The next year, I wanted to travel solo, I wanted to visit three countries – Turkey, Germany and France. I had also picked up another award for my fictional short and life was at its best. In December 2014, I did septoplasty to correct my deviated nasal septum — I wanted to get back to singing. I was patting myself on the back. Oh, man, I am so good at making resolutions and achieving them. I had become a truly independent woman!

Then, on New Year’s Eve, I bragged (mistake one) and made another announcement. I rolled out my five-year plan — to learn music,  an instrument, learn swimming, and by 2020 quit my job and become a freelance war correspondent.

At the start of 2015, I began putting things off as I didn’t have to hurry over the resolution — I had five years to do that. I had a music institute next door, but wanted to chill out for some time. Then I met my husband on Facebook (oh, yeah, don’t roll your eyes).  We rushed into our wedding and by 2016, we were getting to know each other (better). I did tell him how serious I was about resolutions and he assured me there was enough time to make things happen. I took a gap year from my career and it was slow days.

By 2017 NYE, I was pondering over which country to go to and get back to work. The UAE was a natural choice. Soon, I joined Khaleej Times. Thanks to the late-night work routine and mid-week off days, I hardly bumped into people I knew… or was it because the population had grown so much since the last time I was here that no one noticed me anymore? But I was glad to be back.

I was like a tour guide in 2018 travelling around the UAE and Oman, relishing old memories while creating new ones. But I hadn’t forgotten about my resolution. I still had two years left to accomplish it.

However, before I knew it, 2019 had flown by and here I was sitting on the Dubai side of Mamzar Beach, pondering over things. This was exactly where I was sitting in 2012 — the same seat in front of the running track. I have completed a full cycle and I was back to square one.

Why didn’t I make the effort to carry out my resolutions? There were a few things I accomplished like learning to float on water or play Happy Birthday on the keyboard, thanks to my niece. Would that count, ah, yes, maybe I have kept up with my resolutions – some of them at least. As for quitting my job, no way! I no longer want to be a war correspondent -— I plan on starting a family soon.

I must confess that I am not a long-term resolutioner.  Maybe I’m  good at keeping yearly resolutions, but five years didn’t work for me.

That said, do I have anything planned for 2020? Did I tell you that I’ve gained more than those 29kg I lost in 2013? There must be a few restaurants in Dubai I haven’t tried yet. But I should probably start the year again by shedding the extra fat.

Maybe this time I’ll stick to it.

Sami is a hopeless romantic, a dreamer and an environmentalist. Her happiness comes from pondering over the nuances of everyday beingness.