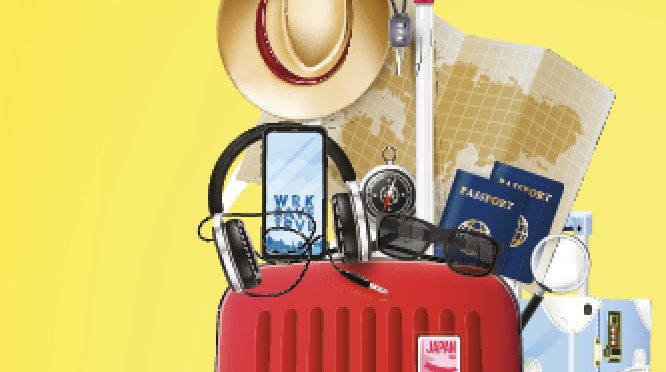 Call us suggestible, but don’t you think entering a new decade furnishes you with a revitalised perspective? What was perhaps too trying to accomplish last year, as the period with no name ground to a finish, the beginning of a new era (the ‘Roaring Twenties’, perhaps?) ushers in a wave of possibilities and the energy with which to take them on. Nowhere is this more applicable than when it comes to travel destinations. Toward the close of 2019, we found ourselves running our eyes over tried and tested holiday spots, not possessing the will to venture further afield. Not anymore, however. Since the clock struck midnight on Tuesday/Wednesday morning somehow we were instantly filled with the vigour to tread a more unfamiliar vacation path. Here are some options for the next 12 months.

Poland’s second city, this beautiful and vibrant hub of culture and art is at the top of our list. Six hours from the UAE and directly accessible by low cost carriers including flydubai, Krakow possesses one of the largest medieval town squares in Europe, adorned with architectural gems such as St. Mary’s Basilica, the Cloth Hall and the quaint Town Hall Tower. Attractions include food tours, historic walks and simply exploring a European centre where, unlike London or Paris, your money goes a long way.

Did you know Baku is the world’s lowest lying capital city? Keep that one in the back of your mind for the next trivia night. Those for whom quiz facts do not get their boat floating, Baku also provides an intriguing prospect for a few nights away. Under three hours flying time from the UAE, ‘The Land Of Fire’ melds ultra-modern facilities as a result of its more recent commodities wealth with a historic appreciation of its natural surroundings (sound familiar?) Expect stumbling across medieval walls of the Inner City just steps away from a trio of flame-shaped skyscrapers.

While this destination is more difficult to reach than others, Rwanda more than makes up for it with the bucket-list experience it provides. We’re sure Kigali is a pleasant stay, but the activity we have in mind lies just over a two-hour  drive away in Volcanoes National Park. From there you begin a trek into the mountains to witness a species almost tinged with magic. Gorillas live and prosper in this area and for the admittedly hefty cost of $1,500 per day for a permit, you can respectfully mingle in their community. We did say it was a once-in-a-lifetime type thing!

It’s a very long way, but ever since we read about Emirates touching down in Mexico City last month, we haven’t been able to get the destination out of our minds. Take into account the abundance of Netflix food shows set in this sprawling capital signifying you’re going to get a good meal, the fact that the population is football crazy and the town’s surrounding historical prestige (Teotihuacan and its pyramids are only 50km from the airport) and you have yourself a cultural trip worth taking.

There’s always the temptation to remain in a country’s major city and claim: ‘been there, done that.’ We’re often guilty of just such a crime. However, imagine coming to the UAE and only bedding down on Yas Island? Don’t get us wrong, Yas is a lovely spot, but it’d be a stretch to say you had the full emirates experience if you didn’t venture to Abu Dhabi island or to Dubai and Sharjah. Too often visitors believe Kuala Lumpur is Malaysia’s be all and end all. It’s not. The island (and small mainland counterpart) state of Penang offers a very different side of the Asian nation. More historic, slower paced and quieter than bustling KL, you’ll come away feeling as if you’ve travelled to separate universes rather than separate regions.

David is an avid traveller, given a chance, he’s off