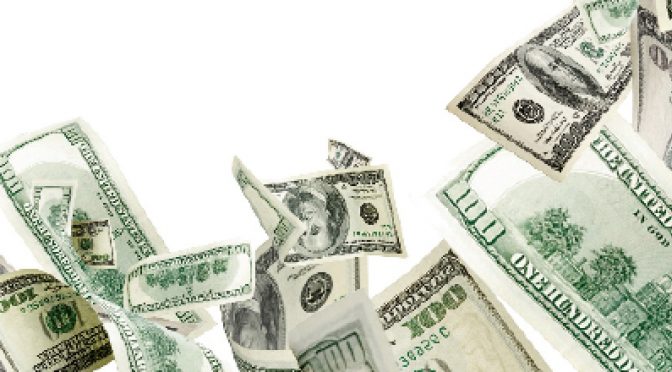 The nice thing about not being rich is that it is not only the bank manager who doesn’t bother about you. It also works in your favour that you don’t have to bother what the Market is doing. I go to a party and they are all discussing the state of the stock market.

To me stock is that cube of chicken you put in the soup to make it tasty and an exchange is where telephone operators used to sit in the old days. So whether it is volatile or merely doing the tango or the full monty, what do I care, let it sizzle, sink or swim, collapse, nosedive or be bullish or bearish and I have no idea which of these animals is the good one.

Every now and then I get a call and this person on the other end has this practiced spiel of trying to sell me a credit card or an insurance or an investment that is gilt edged and they start off their speech and I say hold it, don’t go further, I am 71, can you still give me insurance, how nice? There is this long drawn out silence and the phone goes click. End of story.

There is this lovely lady the other day who said her lovely loving bank wanted to give me a premier credit card fully loaded because I was their much beloved customer also deeply steeped in esteem or whatever current terminology they use to suck you into the vortex of debt. Since there was nothing I wished to watch on TV I played along answering her quiz and getting high marks because you could sense she felt she had this fish on a hook.

Then just as we came to the end act and all was good and done I said you need to know my age and she said, no, no, no, that is only for old people after 65 not for you (clearly I have a youthful voice) and I said, I was born in 1949 and I could hear the cogs in her brain go whirr whirr as she did her maths and yes indeed, there was another of those long treacly silences and then in a broken voice, choked with emotion she said, you do not qualify.

But I digress. Back to money matters. The reason I have shied away from the social circle is that folks only talk money. Some days ago I was asked in company where I have parked my money.

Haven’t got it, I said, no phaloos and my wife had a coughing fit. They had to rush and bring her water.

And then it gets hilarious because people think you are lying and keeping it all hush hush and secret and you want to say but I have good luck, I found Dh100 in an old coat from last winter and you don’t say it because it won’t be able to hold its own as a financial saga against the $2 million the other dinner guest has lost.

I love those little arrows going up and down in business section graphics even though I haven’t a clue what they mean and I have to confess that for years I thought Nasdaq was the car race and footsies was what you engaged in when flirting under the table. And for years I thought debentures were a sort of fixture from the dentist.

Friend of mine who is in finance (that’s how they say it, I am in Finance like it was a swimming pool) said he believed that a possible mini-depression in days would hit us (speak for yourself, mate, I am bright as a button) a lot of people would become victims to debt collection.Everyone nodded wisely except me. I don’t even have a cheque book.

But I look at the bright side. Fixed deposits can mature, slide into adolescence or stay in perpetual infancy, not my problem. If the Mutual Funds fluctuate like a disloyal girlfriend, so be it. You want to have a recession, see if it upsets me…you cannot be hit by a recession if you have nothing to recess. Folks speak of assets and how they are going to liquidate them. I see liquidate as a Bruce Willis movie or Denzel playing the  Equaliser.

Perhaps the only thing that I miss in my state of genteel poverty is that if I had the moolah my bank manager would see me to the car.

Now that would be a capital
investment.