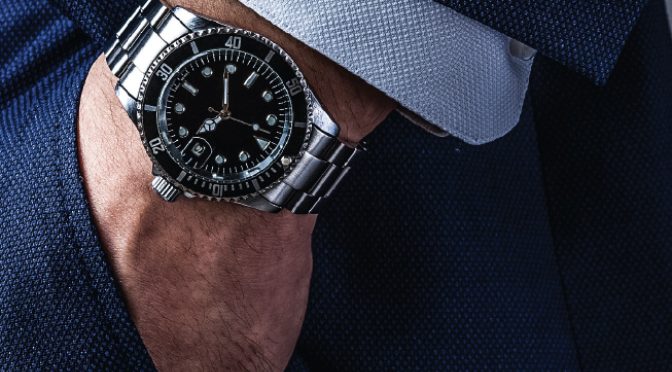 I wore a watch with a strap that had a nickel-plated latch and that irritated the skin on my wrist and caused an allergy. A pretty bad one. So, for several weeks now, I haven’t worn a watch. I tell the time by either pulling out my mobile phone or asking someone close by what the time is.

It has also provided me with the opportunity to be intellectually lofty, a condition I often try to attain, but equally often fail. When I ask someone the time, he responds, ‘What, not wearing a watch’?

I raise my eyebrows in a sort of ‘what a common, plebian habit’ wearing a watch, we liberated types are not tied down by the machinations of the clockwork orange. Total gibberish, means absolutely nothing, but since the human race is so trained to be intimidated by wordage, it is amazing how you can flummox its members.

Oh, he says, totally stunned into submission, never really thought of it that way, not a clockwork
orange huh, I can see your point of view.

It is not a point of view, brother, it is total nonsense, but you want to buy into it, be my guest.

Can you see him reach home, take off his $1,000 watch and fling it into the corner and his wife asks, why did you do that, and he says, I am not a clockwork orange?

So I am sitting at this la di da dinner for 20 (intimate do) and I ask this lady what the time is and she turns an elegant wrist to look at some diamond-encrusted monstrosity worth a queen’s ransom and says, oh it is quarter past nine, you don’t wear a watch. Astute observation, lady, I mean pretty much on the cards, I would not be asking you the time if I was wearing one, yes, right, get the drift.

I say, no, have gone past the limiting confines of the chronometer complex. She looks perplexed as well she might since it is perplexing when it is not bedrocked in sense. I say, I had this revelation one morning, you do know what a revelation is, don’t you…

She nods wisely. That’s another thing about human beings, they can never admit their ignorance, it is a reflex thing, ask them anything like cook up a word and say, but, of course, you know what a refudiation is, especially in these troubled times and she nods like she has done her PhD in Refudiatics and you haven’t the heart to tell her that there is no such word.

I say, so I decided not to be quantified by the manmade pressures of the second hand. You can say hour hand if you want, but most people say ‘arr’ and that sort of ruins it.

She says, oh, I see. She doesn’t see at all, but she isn’t going to admit she is all at sea so I say, all of us are living by the turn of the minute, the spin of the hour, the interminable revolution of the planet, bound in the chains of time, so totally mesmerised by these artificial dimensions thrust upon us.

You would think that she could have just said, well, okay, whatever, but if you are so happy about having shed the shackles, why do you want to know the time and stop me in my tracks, but people don’t do that, they never take you up on your rubbish, I don’t know why, they just do not.

And if you cannot come up with another non-word then wax lyrical about Time as an entity and say something like, I do not wear a watch because we kill time.
We save time. We rob and get robbed of time, we lose time,
and we have all the time in the world. But no one is powerful enough to stop the march of time or slow it down.

They will look at you as the new fount of knowledge, the man of the hour, the genius in their midst.

Go on then, throw away your watch even if it hasn’t given you dermatitis and park yourself on your cerebral Olympian mound.