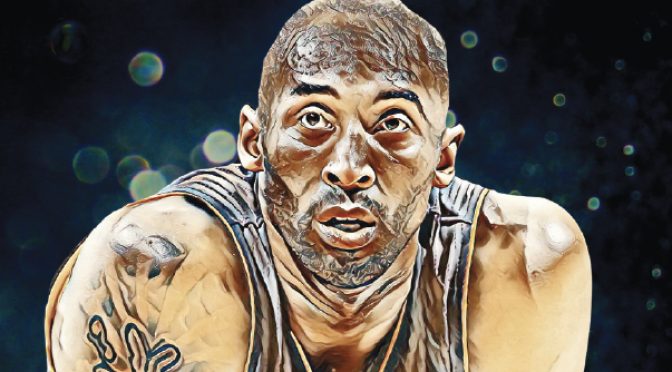 Consider this a personal tribute from a ‘non-fan’.

I’m calling myself that, not because I hated basketball legend Kobe Bryant (I’m no Celtics cub) — but because I feel like an outsider, an ‘intruder upon family grief’ in the wake of the news of the Olympic athlete’s untimely passing on Sunday.

I never watched NBA, but, years ago, I used to listen to my little brother talk for hours about everything that was happening in the game: every crazy play, headline-grabbing feud, new record, all of it. My brother (who’s not so little anymore at six-foot-something) is what you’d call a fan.

The guy who started playing ball and went on to captain his school and university teams to glory because of MJ (Michael, not Magic) and Kobe; who’d stay up ungodly hours for nothing else, but a Lakers championship game; who could reel off every game’s stat, and give you blow-by-blow accounts of every alley-oop, fade-away, steal and assist.

My relationship with the game was a bit mercurial that way. I was keeping up with the world of basketball through his lens (which wasn’t a bad prism at all), but because of that, the Lakers were the only team worth watching (in my book), and Kobe was the NBA’s undisputed star. If the Lakers were out of the running for the cup, I was out too.

So, I can never claim to feel as stunned as ‘actual’ fans around the world do or as shattered and “sick” as the Lakers family is right now — but even I know, the world has lost a gladiator. And that, right there, is the legacy of the Black Mamba. That he could touch millions around the world, none of whom could deny his status as GOAT (greatest of all time). Allow a non-fan to break down what the world recognised.

Kobe was always in it to win it. We’re talking about the guy who dislocated his finger during the last quarter of one of his final games in 2016, got it popped back in, and returned to continue scoring hoops against the San Antonio Spurs. Failure was like the mother-of-all-swear-words in his playbook. He would have none of it, if he could help it.

His work ethic was nonpareil. An anecdote shared by a professional trainer named Rob, hired to train Team USA prior to the London Olympics, about the time Kobe once gave him a ring around 4.15am to see if he could go over and help him with some conditioning work, says it all: “It took me about 20 minutes to get my gear and out of the hotel. When I arrived [at the facility] and opened the room to the main practice floor, I saw Kobe. Alone. He was drenched in sweat as if he had just taken a swim. It wasn’t even 5am.”

His devotion to his family, especially his four daughters, warmed every heart. Even now, if you’re trawling news feeds that are heavily documenting the special bond he shared with Gigi — his 13-year-old daughter who was following in his footsteps and tragically also lost her life in the crash — you’ll see all the people who want to be a dad “like Kobe”.

And then there was his grace. The infamous on-court rivalry between LeBron James and Kobe is as much part of the NBA’s storied history as Staples Center is to the Lakers — although the ‘enmity’ was primarily driven by their respective fan bases, more than the stars themselves. When LeBron did the unimaginable and joined Team Lakers in 2018, Kobe welcomed him to the family. When he surpassed Kobe’s record as #3 All-Time Scorer, Kobe took to social media to spur ‘his brother’ LeBron ‘on to #2’. They were to be his final posts online, the news of his helicopter crash trickling in, then spreading like wildfire less than 24 hours later.

Mamba out? ‘Mamba’ — if those are the values it stands for — will always be in.

Karen joins fans in hoping the association will retire number 24 across the league.