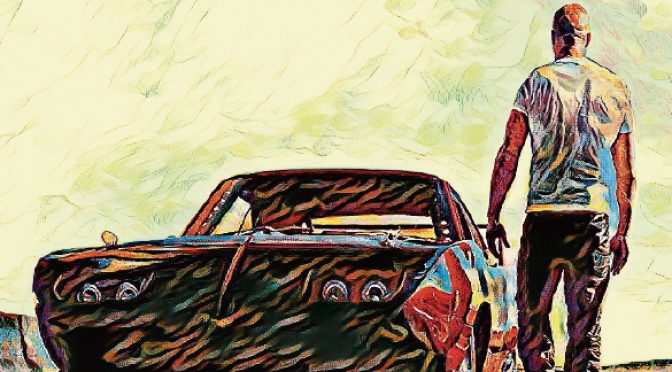 Picture this: An eight-year-old boy and his brother are sitting in front of the television watching three black Honda Civics on screen. The identical cars swarm a cargo truck to steal its contents and disappear into the dead of the night. Their ‘Spoon engines’ are the only sound that echoes in the solitary freeway. For my brother and I, and to pretty much every kid back in the early 2000s, this was their introduction to the action flick  The Fast and the Furious (F&F), and the ‘tuner car’ culture that it spearheaded.

It was all so simple back then. At its basic premise, the story is about an undercover copBrian O’Conner (the late Paul Walker) investigating a series of vehicular heists. He poses as a street racer and becomes close to Dominic Toretto (Vin Diesel) and his posse. O’Conner later discovers that Toretto and his gang are behind the thefts. For me, that wasn’t the point -— it was about the cars.

The 2001 film gave a glimpse into everyday people and their passion for cars. In one scene, Toretto talks about his reverence for the 1970 Dodge Charger in his shed. He’s afraid of the 900-horsepower monstrosity that his father built. In another scene, Walker’s character is seen assembling a 1998 Toyota Supra from being a rust-heap reject to a proper, driveable vehicle. It’s scenes like these that have become a rarity in the sequels that the film spawned.

This sentiment is echoed in a video essay by Donut Media. According to host Nolan Sykes, Fast and Furious is credited with “creating modern car culture. It grew an audience who had a passion for cars and the characters who drove and built them.”

Earlier this week, Vin Diesel unveiled the trailer for the ninth film in the series. As I viewed the trailer, I was appalled by the franchise’s departure from its roots. Sure, it had cars such as Shelby Super Snake (driven by John Cena), a Chevy Nova, and the new Toyota Supra, but while watching the trailer, all I could think of was how it was no longer a car film with action on the side. It’s now the other way around.

Commenters on the Donut Media essay were quick to react saying that, for them, the last ‘tuner car’ film in the F&F series was Tokyo Drift. I concur. The 2006 film still had cars share the same stage as its characters and it still had ties with car culture. Four more films followed Tokyo Drift with each breaking more laws of physics than their predecessors (who can forget the world’s longest airstrip that didn’t exist?) And it was during these years that the series got its spiritual ending.

F&F 7 (2015) came at a time when Paul Walker passed away after a fatal car crash. The film was delayed due to his demise. It also resulted in rewrites. The director cast Walker’s brothers to stand in for him. The film was done with the help of CGI. The seventh installment was the zenith in the F&F series.

The climax of F&F 7 harked back to the first film. It even had a montage of Walker and Diesel in character throughout the years. In poetic fashion, the two leads drove the same cars they drove at the end of The Fast and The Furious – a Toyota Supra and Dodge Charger. As the light turned green, the duo are shown cruising down the road with Walker’s Supra pulling away into the sunset. What followed was a global outpouring of tributes to the late actor. I remember car meets and shows in the Philippines being filled with Nissan Skylines and Supras adorned with Walker’s face. That was perhaps the last time a film in the F&F saga influenced car culture.

Two years later, another movie in the series was made, but it was a continuation of the unrealistic stunts from recent films. The Rock is shown manhandling a moving torpedo while cars block Vin Diesel from an explosion when in reality these cars would’ve been incinerated with disastrous results. The latest trailer is no exception.

Action films are both admired and vilified for being larger-than-life. But there is a line they should not cross. Certain stunts in such movies challenge the intelligence of the audience, and the ‘Fast Saga’ has done just that. Cars can’t fly off a cliff and latch on to the belly of a fighter jet with the help of magnets; nor can they swing to the other side of a mountain a la Tarzan.

The ‘Fast Saga’ needs a serious rethink, and hopefully return to its roots — a car film with action in between.

Keith’s love for American muscle cars can be traced to the Fast films.