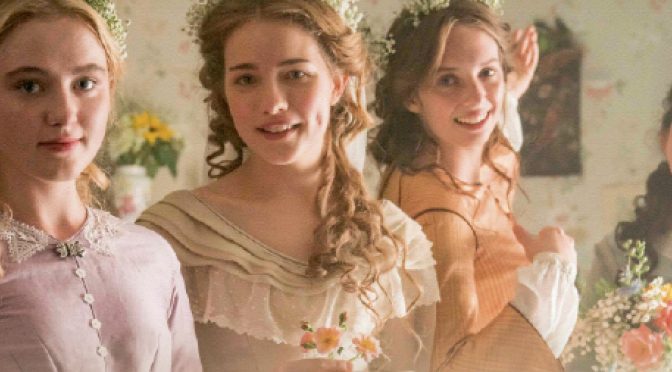 And they lived happily ever after…

There is something oddly comforting about seeing light at the end of a fictional tunnel. That light, in most 19th century novels, was marriage, and Louisa May Alcott’s 1868 classic Little Women had not been vastly different, even if it inspired a generation of American women writers. Yes, it is a literary masterpiece for various reasons, but remains largely compliant to the popular narrative trope of the day: worshipping a feisty protagonist and then sealing her fate with marriage.

Looking back at 19th century values in the 21st century demands a more complex lens. And that lens has been finally provided by Greta Gerwig’s adaptation of Alcott’s novel, which is likely to be the toast of this year’s Oscars.

For women, writing in those days wasn’t exactly a cakewalk. Which also often meant they were expected to remain faithful to the narrative of the time. Today, we may challenge the pragmatism of those plots, but in doing so, we often forget that these novels are also products of their time. Gerwig’s film spotlights this most intelligently, while subtly nudging the audience to think whether the stories they have grown up on are actually the ones the writers set out to tell.

To set a context (read, spoiler alert!), Gerwig turns the film’s principal rebel Jo March into an alter ego of Alcott herself, and considerable screen time is devoted to her struggle to find a happy ending for her novel, Little Women. Gerwig doesn’t romanticise the time — certainly not Jo’s struggle to get her novel published on her own terms. She has to challenge, question, debate, but ultimately conform.

The most illuminating conversations in the film are the ones where she and her publisher argue the fate of the novel’s protagonist — it throws light on how divisive the world of writing can be. Jo imagines a happy ending for her protagonist where she finally writes a bestseller and lives happily ever after. This sounds like tragedy to her publisher, who insists that the protagonist must marry by the end of the novel because readers cannot imagine it being any other way. If she relents, it is not because she is weak, but because she hopes the publication of the book will open new doors for her. She even negotiates the royalty amount with the publisher in order to ensure that her art is finally helping her build a life for herself.

Could it have been possible that Alcott, Bronte or Austen may have had to alter their character’s fates to make them more palatable to their readership? Gerwig makes a genuine attempt to show us the author’s side of the story, which also compels us to think that sometimes, the real rebellion begins when one  negotiates their way through an impenetrable system.

Of all the novel’s undertones that become overtones in the film, I admired how unapologetic Gerwig’s women are when they talk money. Two of the four March sisters — Jo and Amy — are artists, the former being a writer, the latter a painter. They may be as ambitious as they are prolific, but they want their talents to help earn them money. Unlike most heroines of their time, they do not want to be rescued by marriage alone, but see it as a stepping stone to fulfil their dreams. It is an important conversation that artists, especially if they happen to be women, were never really allowed to have. One would ordinarily imagine that an artist belongs to a floating world. The not-so-little women in Gerwig’s film are gifted a financial vocabulary. They understand marriage can help them realise their dreams. In a poignant scene from the film, Amy says, “I’m just a woman. And as a woman, there’s no way for me to make my own money. Not enough to earn a living, or to support my family. And if I had my own money, which I don’t, that money would belong to my husband the moment we got married. And if we had children, they would be his, not mine. They would be his property. So don’t sit there and tell me that marriage isn’t an economic proposition, because it is.” It’s one of the many things that make this adaptation stand apart.

It is said that feminist writer Simone de Beauvoir would play Little Women games with her sisters, assuming the role of Jo March. Other iconic women writers, such as Susan Sontag and Ursula K. Le Guin, have maintained Jo March inspired them to write. Alcott’s novel inspired women of the time to break the glass ceiling; Gerwig’s film tells them what to do once that ceiling has been broken.