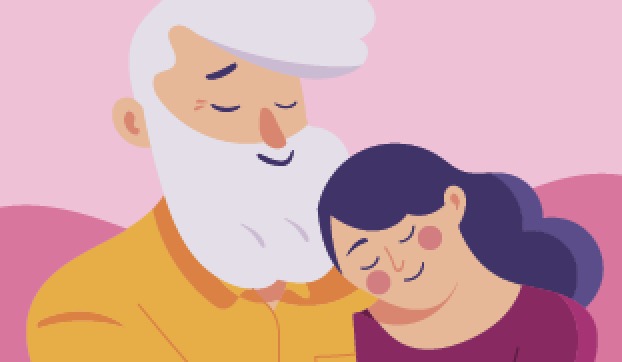 The first time a friend of mine heard me call my dad an ‘old man’ turned into quite a memorable occasion.

Said friend and I were meeting for dinner after work, when the phone rang midway through the meal. It was my dad and, as many kids will know, this meant being hit with a barrage of questions along the lines of, “Where are you? When will you be home? Have you eaten anything?” My answers were more or less the same as they have always been in such scenarios: “I’m at a restaurant. We are having dinner right now. I will be home in another hour or so.”

However, it was what I said as I was ending the phone call that caused my friend to choke on a sip of water that she happened to be taking at that very moment. “See you soon, old man,” I said, ending the phone call, and then looking on in shock as my friend coughed and with streaming eyes tried to tell me something. “Did you just call your dad an old man?” she managed to gasp out.

Well, yeah, I call him that all the time, and have been doing so for quite some years now, I explained to her. I watched as her eyes got even bigger, and hastened to explain myself further. Come now, it’s not as if any of us are getting younger in life, and my dad is pretty old; he knows very well that I mean this as an endearment. Besides, if he had a problem with it, he would tell me, right?

My friend slowly nodded before turning back to her plate and saying, ‘My dad would thrash me if I ever called him that!’

I could understand where she was coming from since many cultures from the subcontinent insist on a respectful title when addressing anyone older than yourself, but, at the same time, I told her that her relationship with her father might not have evolved to a point where she would feel comfortable gifting him a nickname… or something along those lines.

I think that this is something that happens with everyone at some point in their lives — your relationship with your parents grows  and evolves to a point where you see them as more than a parent. A whole new type of friendship and understanding blossoms between you both as you realise that there are certain boundaries that you can only cross at different points in your life.

For me, the first one happened shortly after I started university; suddenly, there were a host of different topics that I could easily speak to dad about, which I wouldn’t have even dreamt of when I was in high school. Another occurred shortly after I started my first job. I think that the openness stemmed from me having gone through the same milestones that my dad did back in his days; after all, some things are universal and it is easy to bond over them.

Whatever the case, one day I decided that from now on I would refer to my dad as my old man… with love, of course.

Rohma and her old man like to kick back in the evenings and listen to the greatest rock and roll hits from the ’70s.