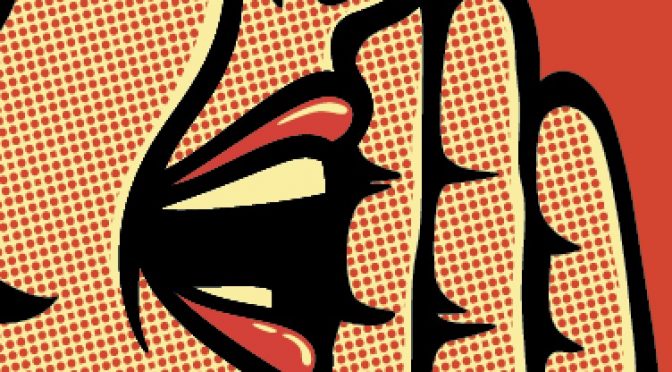 Growing up, I hated my name. I’ve had countless debates with my parents over ‘Dhanusha’ being a mouthful to pronounce, especially for people who are not from the subcontinent.

I would cringe when my Arabic teacher in school used to call me ‘Dha-ha-nousha’,  particularly when she was handing out my test results. Though she never read my grades out loud, the venom with which she’d enunciate the ‘Dha’ and the ‘nousha’ in my name, I knew I’d failed the test.

As per Sanskrit etymology, the name ‘Dhanusha’ means ‘bow’, ‘genuine’, and ‘wealth’. Dhanusha also happens to be a district in Nepal and a common name in Russia. “Your name means the desired weapon of the Gods. How wonderful, so powerful. Why do you hate it?” My dad would ask. My father is Gokulan; he’s been tortured with bizarre variations of his name for six decades. Guess he just wanted his kids to suffer the same fate.

My sister wasn’t spared the torture either. She’s Bhavisha. But I see lesser people take the mickey out of her name. And 19 years later when my brother was born, my parents went with Krishna. Named after my grandfather and the best-known deity in Hindu mythology; who could get that wrong.

I got stuck with ‘Dhanusha’. In high school, the cooler kids in my class decided to christen me DJ, or Deej for added effect. Friends who’ve stuck around for the past two decades still call me Deej, because they too can’t pronounce Dhanusha.

Over the years, and especially after completing college in India, I grew to appreciate my name better. My literature professors would call out my name with gusto, like something out of a Shakespearean tragedy. I’d finally learnt to introduce myself with confidence. When I took up a job and returned to Dubai in 2012 is when the nightmares began again. I’ve been called all sorts of names, ranging from whacky to downright ridiculous. My name is misspelt at least once a week. From Dhanushka being the most common misspelling, I’ve also been called Danusa, Dhanoousa, Dhanesha and Dhanoushka.

Some people have taken the liberty of changing my name altogether — Dhanubala, Dhoula and Dhashala are some variations. I receive an average of 20 e-mails per day, and at least five of them have got my name wrong. The irony is, the senders have got my e-mail ID right, so how on Earth did they the subject salutation so miserably wrong?

Countless times, I’ve gotten my name misspelt on appreciation certificates.  My trainer just calls me champ while at Starbucks, I am Dooly. I once worked at a PR company where the owner of the company called me the wrong name during my entire tenure there. By the time she got my name right, I was six months into the job. After which, she would just call me ‘D’. I’d become a character from James Bond. D for deadly.

I’m not the only one facing these challenges. My friend Deepthi often gets called Preeti; Lara once got called Loo-ura and Mangal always gets called Mango. Saman gets called Saamaan (which means ‘luggage’ in Hindi). I got used to it, but getting a person’s name wrong, especially during professional interactions, makes one feel unimportant. Why can’t people be bothered to correctly put three syllables together? Unconventional names are commonplace in a city that is as diverse and multi-cultural as Dubai.

A new name is an opportunity to get a sneak-peek into a different culture! It’s a simple effort and an important one. So, get our names right! Please?

When not chasing her pupper Whisky, Dhanusha is attempting  the jillionth weight loss plan