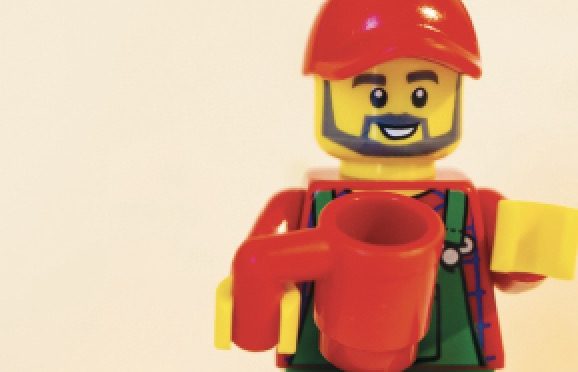 A wronged knight brandishes his sword and jumps from a castle’s battlements, engages in a thrilling duel to protect his lady love, sweeps her up on his horse and as he rides away into a land far, far away, he vows to return and take control of his castle someday.

A cheery postman goes on his daily rounds in a mail-truck, stops to admire a field full of trees and flowers, then realises someone has stolen all his letters and is running away from the truck!

These exciting tales and many more were borne out of our childhood experiences with Lego and its minifigures — men and women who breathed new life into the iconic brick creations that have mesmerised both children and adults since they were first manufactured in the 1940s.

As kids, my brother and I not only built and re-built our Lego sets (sometimes a house could turn into a space ship, or a robot!), but also gave the few minifigures that we had names, and wove stories around our creations.

While I still retain a great love for Lego and occasionally indulge my brick-building habit, I, sadly, don’t make-up stories anymore.

So upon hearing of the recent death of the creator of the original yellow Lego minifigure, Jens Nygaard Knudsen, I felt a pang as memories of a beloved childhood pastime came flooding back.

Knudsen, who also designed the first space sets for Lego, making the 358 Rocket Base and 367 Moon Landing kits, is credited with building the small Lego figure with interchangeable legs and torso that proved a hit when it released in 1978. According to a report in Daily Mail, by 2018, Lego had built 7.8 billion figures.

Back in the eighties, I remember making a spaceman fly through the air as he exited his spaceship to better see ‘what was going on in the universe.’

Also, there was once a lamb named Lisa, from a place called Fabuland (a Lego theme that was produced between 1979 and 1989), who lived contentedly alone in her pretty little cottage and garden till the handsome Robby Rabbit hopped into her life and proposed marriage!

As kids, there were truly no limits on our imagination.

We guarded our minifigures and Lego sets possessively (it was a rather expensive hobby, and gifts of Lego were greatly cherished), only a few close friends had the privilege of sharing our bricks with us. Even then, we would watch eagle-eyed, as they carefully dismantled what they had made and placed all bricks and figures carefully back in their respective boxes before leaving.

Dubai’s love for the iconic bricks was evident even back in the eighties when a Lego competition (the only event of its kind I remember) was held at Al Nasr Leisureland; we were over the moon to be participating, and even more thrilled when we were informed at the end of an exciting couple of hours that we could take home the bricks we used!

I also have fond memories of King of Toys, a famous toy shop in Karama where we enjoyed eyeing the latest Lego sets, making up stories in our heads of what we could do with all those marvellous new bricks, till our parents whisked us home to happily play with our old “Lego Family” — which included some battered minifigures that had eyes or a mouth missing but were still much loved.

Today, as a full-of-beans Lego Batgirl minifigure attached to my house key caught my eye (I suspect she winked at me) I thought about how Knudsen inspired millions of minds around the world with his minifigures that became an inseparable part of the world of Lego, and smiled.

Enid frequents secondhand bookshops, loves chai and
wishes she could revisit the ’80s