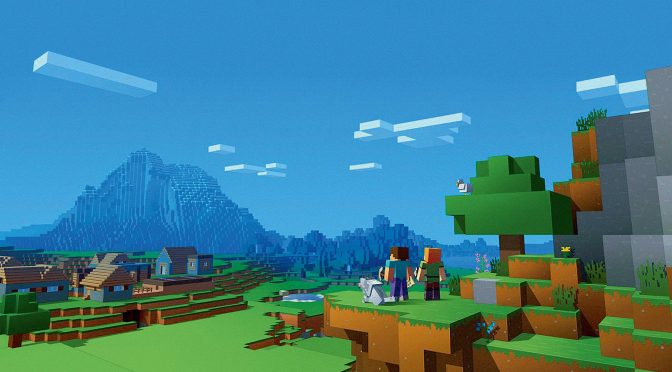 If anyone were to ask me about the experience of playing multiplayer games online, then I am sure that I would have a different answer almost every single time… depending, of course, on the game and the shenanigans that transpired during the last play session.

You can come out of a session with all the fury of a volcano about to erupt, or as mellow as an angel snoozing on a cloud of fluffy marshmallows.

One thing is for sure, there is always adventure to be found, and fun to be had, even on the not-so-good days when it seems as if the whole world is against you — or maybe just your Internet connection; anyone that suffered through an atrocious bout of lag during a ranked match can attest to this.

I have found that it doesn’t matter which game you are playing since the people playing with you online are all there because they love video games.

If nothing else, then this is a thought that brings about a delightful bubble of happiness; that there is a whole community of individuals out there that share an interest with yourself and have the means to do so. I think back to the good old days of LAN gaming parties and how summer vacations meant getting together with your school friends to play to your heart’s content.

Times have changed since then, but the drive hasn’t diminished one bit, and gamers today always have a lot to be excited about, with new releases, old revamps, gaming awards, and the sheer diversity of games being created (just don’t get us started on developers launching blatant cash-grabs; we can go on a rant for hours on this topic). If anyone were to ask me about my favourite moments that came about when I was playing online with my buddies, then I would probably say that some of my fondest memories revolve around the hours I spent playing Minecraft.

Now, don’t get me wrong, I played my share of adrenaline-filled online death matches in Call of Duty, but there is just something about a peaceful open world made of Legos that mixes a very basic farming, fishing, and mining simulator.

One of my gamer buddies even downloaded the soundtrack of the game to play during long drives ­— we had him play it on repeat after a late-night movie.

Another moment that immediately comes to mind is something that happened when I was playing League of Legends on a day off in the middle of the week. Before the in-game voice chat feature was introduced, the only way you could communicate with your teammates was by typing in the group chat.

Since it was the middle of the work week, I found myself alone and playing without my usual group of friends. I was playing a support champ with the sole purpose of healing everyone on my team and ensuring that the enemy team did not get the drop on us. We were making steady progress and our main damage dealer was on a killing spree.

I found myself tailing the dude when it finally happened ­— he strayed too far from my healing circle and an enemy champion took the opportunity to take aim and ready a critical shot.

Losing him at this point in the game would have meant certain defeat for the whole team, unless someone acted. Thinking to myself ‘oh, this is going to hurt’, I used a spell and moved right in the line of fire to shield his champion. He managed to escape and I watched as my very delicate character was slain. Before the enemy team could celebrate their kill (and I properly mourn), he returned with the rest of my team and they proceeded to obliterate the enemy team.
The message that followed immediately in the group chat, though, is what I will treasure forever: ‘NAMI [my character in the game] I LOVE YOU! MARRY ME!’ he wrote.

It is hard to describe just how delighted I was with that message, but what I found truly endearing was the fact that he had typed it in all caps — I mean, if you are going to declare your love for a fellow gamer and their selfless action that won you the game, then it had better be as if you were shouting it out for everyone to hear. Right?